Silicon Valley: Something in the Water?

Silicon Valley: Something in the Water? 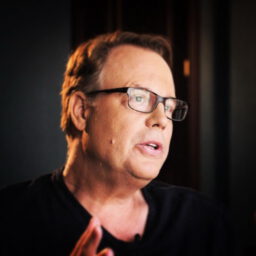 A PRODUCT OF EVOLUTION

People sometimes ask about the origins of Aery Advisors and the Venture Finance Academy.  It’s a good question. These sorts of firms and programs rarely emerge spontaneously. They germinate, sprout and then grow. They’re the product of long processes, accrued knowledge and strata of experience. So here’s the story.

Picture me as a younger man in the mid-to late 1990s. I’m a little thinner, perhaps. Maybe I have more hair. But still just as handsome, obviously. I’m a practicing corporate and securities lawyer in Seattle, Washington giving back to the profession by teaching other lawyers how to negotiate and structure startup and emerging growth company financings through the continuing legal education (CLE) programs sponsored by the local law school (University of Washington).

As part of the full one day program, we organized a case study of a mock negotiation of a Series A financing for a fictional tech startup, with a cast and crew featuring local experts and heroes, including a leading Venture Capitalist represented by a seasoned securities lawyer on one side of the table, and a successful startup CEO represented by a seasoned securities lawyer on the other side of the table. I was the creator/moderator.  This is the origin of what later became known as the Term Sheet Battle (™).

It turned out that this CLE (which I chaired or co-chaired annually from 1995-2004, during the DotCom boom and bust period) became one of the most popular and commercially successful programs for the law school (keep in mind the business model: the law school charged market rate CLE fees to the registrants, but the contributors did not charge fees for their participation/services), primarily because it appealed to an audience beyond the legal community – aspiring entrepreneurs, angel investors, venture finance sources and startup service providers of all types and sizes.

It became an annual event on the Seattle startup scene, because the audience learned a lot. It was fun,  highly engaging and sometimes even downright entertaining. And on top of everything, it provided great networking opportunities. Notwithstanding, when asking for feedback on how to improve the program, we were consistently told that the mock negotiation part of the program was sometimes hard to follow, as the language and terms of art and jargon being used were almost like a foreign language.  The bottom line was the program illustrated the value of having foundational knowledge and experience in the venture finance arena, and the importance of having competent counsel on your side of the table.

Fast forward a few years and I’d left my private practice in the law to pursue my entrepreneurial spirit, first as a President and CEO for about 4.5 years at a bootstrapped (and profitable) consumer Internet company based in Redmond, Washington, and later as a founder, interim tech exec, board member and angel investor to a number of startups through the trade name Aery Advisors.  In summer 2010 I moved with my family to Copenhagen, Denmark with a view towards getting some culture and international experience for a few years.  Before long, I was working with a few Danish entrepreneurs as a co-founder of a consumer Internet company in a co-working space located about two blocks away from the Queen’s palace.  I recall riding my bike to and from work and seeing the Danish Royal Guard standing tall every morning and evening.  About the same time, I  also agreed to become a mentor to the very first cohort of the Startupbootcamp accelerator launched in 2010 by the Danish firm Rainmaking.

As an active angel investor, I was approached by several of the recent graduates of that accelerator, and it struck me that none of them were truly “investor ready” in the sense that I could say “yes”or “no” to their investment offer without having do a lot of homework and deal structuring on my side first.  It reminded me a bit of what it was like back in the early days of the DotCom boom in Seattle, back when I first started organizing the startup CLE programs mentioned above, when there was a deep asymmetry between the venture finance knowledge and experience of the investors (lots) relative to the startup founders (little).

I brought my concerns to the founders of Startupbootcamp, and suggested that perhaps it would be good for the whole community (founders, angel investors, venture capitalists and deal lawyers) to get on the same page in terms of the framework for startup financing, and I offered my services through Aery Advisors to create and moderate the program, to be called Term Sheet Battle (™).  They thought that was a great idea, and thus began the creation and sponsorship of a number of unique Term Sheet Battle programs in most of the tech hubs across Northern Europe.

As the founder of Aery Advisors, these programs allowed me to learn a lot about the Northern European cultures and tech hubs, which operate in ways that are quite different from what I had learned and experienced doing deals for twenty years in the USA and Canada.  Many of these events were professionally filmed and edited, and this time round I made sure that the audience were primed with glossaries of key terms.  For a few of the events, we played around with hosting “prep video podcasts” to explore the key topics and negotiating points, and we also created “flash cards” to facilitate learning.

Some of the cast and crew who participated in the Term Sheet Battles have gone on to achieve extraordinary things in the European startup and emerging growth company scene.  For example, our Term Sheet Battle in Berlin 2013 featured Naren Shaam (founder and CEO of Omio, fka GoEuro) fresh off the closing of its first seed round, and his startup has emerged to become one of Europe’s leading travel booking unicorns: https://www.eu-startups.com/2020/01/berlin-based-unicorn-omio-launches-its-travel-booking-platform-in-the-us/

Many of the  Term Sheet Battle programs from 2011 to 2013 can be viewed, along with downloadable case study term sheets, talking points and the glossary through the following website URL:  https://www.termsheetbattle.com/past-events/

Giving Back Through Knowledge Exchange - Demystification of Venture Finance

When I moved from Europe to Australia in 2014 to take a new post as the founding business leader of a cross-faculty innovation center at one of Australia’s leading research intensive universities (@UNSW), I put the Term Sheet Battle program on ice for awhile.  There was so much to do Down Under, getting that center designed, fitout and operational, and so many others at the university and in the Sydney community that wanted to engage with their own programs and initiatives.

Upon returning to Europe in late 2017 as a resident of Switzerland, however, I decided to pick up tools again under the Aery Advisors flag and address how I could continue to work with others to demystify the process of allocating financial and human resources to the best ideas and teams.  I concluded that the most impactful way to do that would be to start at the bottom of the learning pyramid:  Venture Finance 101.  Working with a talented crew based in Switzerland, Spain, Ireland, Poland and Ukraine we created professionally produced videos and downloadable materials to help anyone, anywhere, understand the basics of venture finance.

Understanding the basics of venture finance is necessary but frequently insufficient to actually translate the knowledge into practice in the real world.  So, on top of the “do it yourself” courses, based on extensive primary and secondary research (including in-depth interviews with hundreds of startup founders and angels over the past three years), we have designed an efficient way to work with serious and committed startup founders and angels to employ our proprietary methodologies to position themselves to do more deals faster and smarter.  The greatest and most refined expression of that is the Aery Advisors Venture Finance Academy (VFA).

The VFA is the culmination of more than three decades of learning and deal making, living and working in four countries on three continents – as a corporate finance and securities lawyer, a tech executive, a board advisor, a university innovation center business leader, an investor (direct as an angel and indirect as an LP in several venture capital firms) and, most importantly at this point in my career, as an educator, enabler and strategic coach and advisor to startup founders, teams and angel investors.

In future posts, I’ll go into more detail on some of the most interesting Term Sheet Battles, including some that we are working on creating and producing later this year.  In the meantime, check out the original site. And if you’re serious about raising money for your startup – I mean really serious – take the Investor Readiness Test as the first step to become a member of the Venture Finance Academy.

Are you currently raising money for your startup?

But... are you, your team and startup ready to take it?

If you are a startup founder and would like to take the Investor Readiness Test Click on the button below.

Have anything to add?

If you would like our Blog and want to receive future research and articles about startups and venture finance, please subscribe here